The synthesis of the physical world with the digital world is termed as Augmented Reality. You will not find the user getting transported to the magical world which is different from the reality. Rather, the artificial elements are just positioned in the physical environment of the user which magnify the perception of the user that pertains to reality. The word ‘Augment’ refers to add or enhance something. In such a world, graphics, and sound are seen to be added to the natural environment of the user in order to create an enhanced user experience.

Over a period of time, the concept of Augmented Reality has been widely accepted by both users and mobile app development companies. Augmented Reality gained popularity with the introduction of popular apps like Snapchat and Pokémon Go.

In 2017, a revenue of 884.1 million has been generated by the mobile applications in Augmented Reality.  The revenue is expected to reach 6218.23 million by 2020. It has been predicted that by the end of 2018, the users of the apps that have integrated Augmented Reality would exceed 200 million.

Potential and Impact of Augmented Reality in Mobile App Development

The new technologies offered these days that have been incorporated by the mobile application development companies have many possibilities which unite the digital world with the real world into one technique known as the Augmented Reality. Nowadays, most of the people own a smartphone, thereby, giving a huge platform to the Augmented Reality apps to get explored. A great way to get the users engaged and addicted is through mobile apps.  As compared to regular apps,mobile apps generate more revenue. The volume of the app designed for gaming is far more than the traditional apps. There are two software that is used to develop game apps, namely:

The development of mobile apps in various fields which integrates the Augmented Reality having great potential from the futuristic point of view are as follows:

The Education Sector has taken great advantage of Augmented Reality technology. This technology has made studying and teaching easy, interesting, interactive, informative and creative for both the student and the teaching community.

Various videos and animations are used so as to make practical subjects like Biology, Chemistry, Physics, and Mathematics very easy to understand. Some of the best examples of Augmented Reality based apps in the field of Education are ZooBurst and Chromeville Science.

The Tourism Sector makes great use of Augmented Reality technology by giving information regarding each and every geo-location. This has helped to replace the guidebooks. The tourists who travel to various places, feel amazed with the help of this technology. It has been seen that live effects are added to the travelers’ experience. For instance, A British resort known as The Hub Hotel from Premier Inn has made the wall maps placed in the hotel rooms compatible with the Augmented Reality. When the wall maps are viewed from the tablet or smartphone, then they include an extra piece of information in terms of local places of interest for the customers. This provides enriched user-experience which, in turn, helps in getting more customers.

Layar is a mobile app development tool that assists the marketing industry in the promotion of products. The companies need to think hard and execute long-term Augmented Reality strategies in order to capture the attention of the audience. A 3D view of the product will definitely make it attractive for the customers to make the purchase. The Drum reports, that the Augmented Reality based implementation captures the attention of the people for over 85 seconds, thereby, increasing the interaction rates by 20 percent and making an improvement in the click-through rates in order to make the purchase by 33 percent.

As a part of the marketing strategy, the Pizza Hut improved its menu by incorporating the Augmented Reality technology. An app was developed that helped the customers to browse through the food menu and place an order directly. It has been found that a 3D representation of the meals makes the customers hungrier. Pepsi’s campaign portrayed an idea that the Augmented Reality would be effective when the company knows its target audience. Pepsi focused on providing customers with an extraordinary experience. Later it was found that a video of the Augmented Reality technology used in the bus shelter got over 6 million views on YouTube. Therefore, being the most viewed advertising campaign on YouTube.

The users are given an opportunity to make use of the virtual fitting rooms to see what suits them and what does not. Therefore, saving the time and effort of the customers. The stores benefit more from this set up as more stock is shown virtually than physically. The examples of Augmented Reality based apps are L’Oreal, Converse Shoe Sampler, and Sephora.

A user spends a lot of time on the mobile while using the apps. There are top mobile app developers who are spending time creating Augmented Reality based apps keeping the entertainment of the users as the prime focus. People are addicted to apps like Snapchat and Musical.ly (TikTok) that provide a great source of entertainment.

The Augmented Reality effects help the customers to decide whether to visit the building in person or not. A 360-degree view of a building gives the customers a realistic effect. The agents make use of 3D effect in order to promote and sell the apartments. There are specific Augmented Reality apps that take all the real-estate aspects into consideration. With its launch in 2017, IKEA Place is an Augmented Reality app which provides the users to virtually decorate the house by selecting the furniture from the online catalog. With the help of true-to-scale 3D furniture, the users can get an idea of how particular furniture would look in their home.

The Augmented Reality is driving the automobile sector and providing amazing customer experience in a way which is equivalent to a sci-fi movie. In 2016, BMW introduced an innovative concept of training the employees by devising a technique that resembled game playing. With the help of Augmented Reality, the automobile companies are giving the customers an opportunity of driving a vehicle without actually being in it. The German automaker Volkswagen introduced an app for its customers to undertake the Augmented Reality based test drive of AUDI with the three-dimensional effects without being present in the car physically. Jaguar Range Rover released an advertisement of Augmented Reality where the customers can get their hands behind the wheels of Range Rover Velar SUV with the help of a smartphone camera.

It is pretty evident from the following that the Augmented Reality apps have become the first choice for the mobile app developers and the users.

Wrapping up to conclude:

It has been witnessed that every industry and sector has benefitted from the Augmented Reality technology. This is the focal reason we see Augmented Reality having a great impact on the top mobile app development companies these days and the mobile apps which have incorporated this technology have seen a rise in the current market scenario.

The parameter which is taken into consideration while developing the Augmented Reality apps is the convenience of using these apps by the users.  Many industries have seen to optimize this recent technology for beneficiary purposes and provide world-class mobile app development services. The rate at which the Augmented Reality is gaining popularity, the day is not far where Augmented Reality will constitute a billion dollar industry.

If you are willing to collaborate with us then do drop an email at info@globalvincitore.com OR direct call us on +1-704-271-4691.

How Visual and Voice Search are revitalizing the Role of SEO

IOS App Development Carrying Your Business To The Next Level 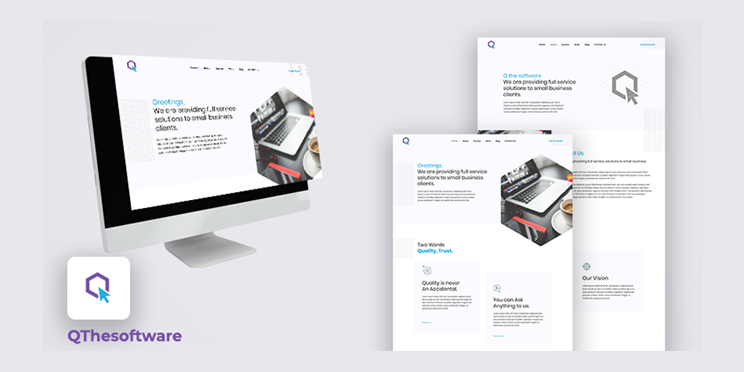