Java VS Kotlin – What’s your pick for Android App Development?

In this age of the smartphone, there is a mobile application for almost all of our needs to make our lives simple, easy and efficient. When you think of android mobile app development, your first instinct will be to use Java. With the grand welcome for Kotlin given by Google two years back, app development service providers are now probing the advantages of Kotlin over Java. A number of popular companies which once were startups carried out Android app development using Java but have now migrated to Kotlin. Pinterest, Evernote, and the popular cab application Uber are some of these companies that have switched to Kotlin. 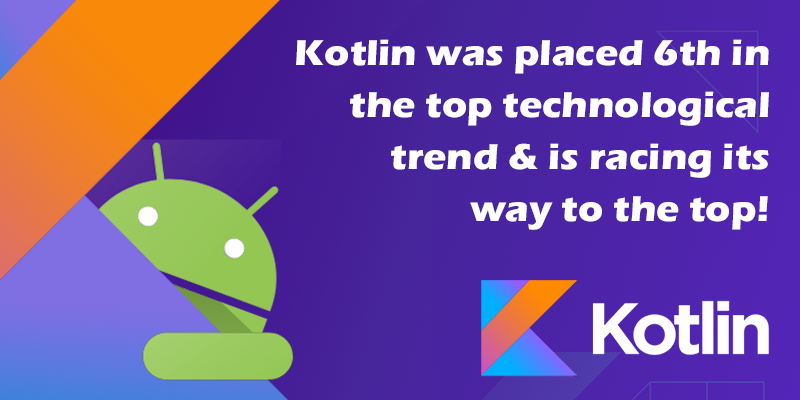 It seems that the developers of Kotlin knew exactly the pain of having to remember the complicated syntax while coding and the exceptions and errors that come as a part of not having followed the syntax. They thus developed Kotlin which has a very simple, easy and understandable syntax. The number of lines to be written for a functional program while doing mobile app development using Kotlin is less thus making it less time consuming and efficient.

One of the most useful features of Kotlin is that it is not completely independent of Java. It can be said that Kotlin is an improved version of Java without its drawbacks and limitations. Kotlin uses all of the Java libraries but improves them to increase their functionality and usability. It is developed in such a way that migration from Java to Kotlin feels like a walk in the park. All the functions written in Java can be easily called using Kotlin. This makes it easy for companies with huge Java codebase to migrate to Kotlin for Android app development if needed.

IntelliJ IDEA is JetBrains’ own platform which serves as the base for Android Studio by offering extensive IDE support to Kotlin and thus seamless development of mobile applications. Integration with IntelliJ IDEA framework is instant and thus provides accessibility to a number of productivity tools. A configuration of Kotlin takes no time with the help of Android studio. Writing, Navigating and Debugging of code is made very easy with the help of Android studio.

Android developers can easily maintain Kotlin with a large number of IDEs, SDKs and Android Studio. Kotlin provides the developers with the flexibility of working with any toolkit they wish to. Such high compatibility of Kotlin makes it another popular choice among developers.

The biggest problem faced by Android developers is to deal with multiple versions. It is highly incompatible and non-reliable. Kotlin solves this biggest pain point in Android app development by being reverse compatible with previous versions as well.

5. Simple, Concise and Easy to learn

Kotlin is really simple and easy to learn which makes it inevitably a popular language choice for experts who want to migrate to simpler language as well as for newbies who aspire to develop useful Android applications. Kotlin is robust and eliminates the need for repeating the same lines of code. Kotlin also has minimal verbosity thus making it highly readable, easy debugging and minimum scope for errors.

A compact and concise code of Kotlin ensures that there are lesser chances of error occurrences. Errors are detected during the compilation of the code rather than at run-time and thus makes it a safer option compared to Java. This, in turn, saves time spent in Testing the code.

Kotlin has proved to be working well for many startups and established companies worldwide and it has replaced Java. Here are a few startups which have been using Kotlin or which have migrated from Java to Kotlin to leverage its benefits:

Despite a plethora of advantages over Java, Kotlin still has its share of drawbacks. Below we have listed the disadvantages of using Kotlin or migrating existing code to Kotlin.

Although being similar to an extent with Java, Kotlin still has certain characteristics unique to itself. Hence when you are planning to switch to Kotlin, some time has to be invested to train your resources and make them a pro at using Kotlin for Android app development.

It has been observed that the code for mobile app development written in Kotlin takes time to compile compared to Java. This is because of the fact that the compiled result is a mixture of several tests. This can result in unwanted lags in the development lifecycle.

3. Kotlin community is still a minority

Unlike a strong online community of Java, the Kotlin community falls in the minority as there are not many people who know Kotlin. Hence it becomes difficult to get answers when the developers are stuck at some point while using Kotlin for android app development. This leads to the chances of unidentified bugs in the code developed.

Is this the right time to take the leap of Kotlin?

It’s quite natural to think about reaping the benefits of Kotlin by migrating your android application or developing the new ones. Despite being easy to use, it is wise to hire expert android application developers for Kotlin if you want to get the most out of implementing it. You won’t get instant results in your application regarding its outputs but there’s no harm in giving it a try!

Mark Your Presence on Google with Smart SEO Tactics